It's not all about videos.  Well it is mostly, but every now and again I try to put a blog out. It could be random thoughts or some background on some videos. Enjoy! 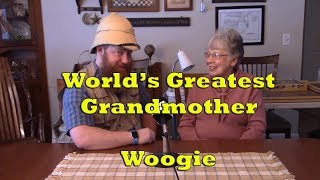 Another recent contest I entered involved GE looking for the World's Greatest Grandmother. It just so happened I had the world's greatest grandmother available. You might remember the incredible Woogie from several videos including videos involving Sparkling Ice & Wawa. I had planned to film the video a few days before the deadline of March 15th. However, the day of the filming, reviewing the requirements for the contest, I realized that the deadline was actually March 1st ac